We provide the most luxurious services

The Hotel is equipped with with all the general amenities and facilities that go along with memorable stay. Set amidst beautifully landscaped gardens, it proves to be a ideal dream destination for perceptive traveller.

The Hotel have well appointed and well furnished rooms along with rooms providing pleasent views of the city. The hotel satisfies the needs of business as well as the leisure traveller. All the rooms at the hotel are furnished beautifully. 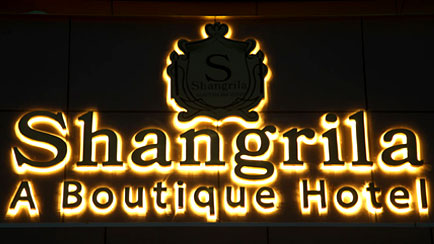 Welcome to the Hotel Shangrila Jalandhar . A Luxury Hotel is located in New Jawahar Nagar, It offers a combination of luxury living & homely comfort as well as excellent selection of amenities & facilities.

Jalandhar, formerly known as Jullundhar is an ancient city in Punjab. Ruled by the Hindus and the Mughals in succession it is believed to be the oldest city in Punjab. Jalandhar is located on the intensively irrigated plain between the Beas and Sutlej rivers. Jalandhar was the capital of Punjab from India's independence (1947) until Chandigarh was built in 1953. Jalandhar is situated at 710 31’ East and 300 33’ North at a distance of 146 kms from state capital Chandigarh. It is at a distance of 350 Kms from Delhi on Delhi-Amritsar Highway.

There are a number of tourist attractions/ places to visit in and around Jalandhar. 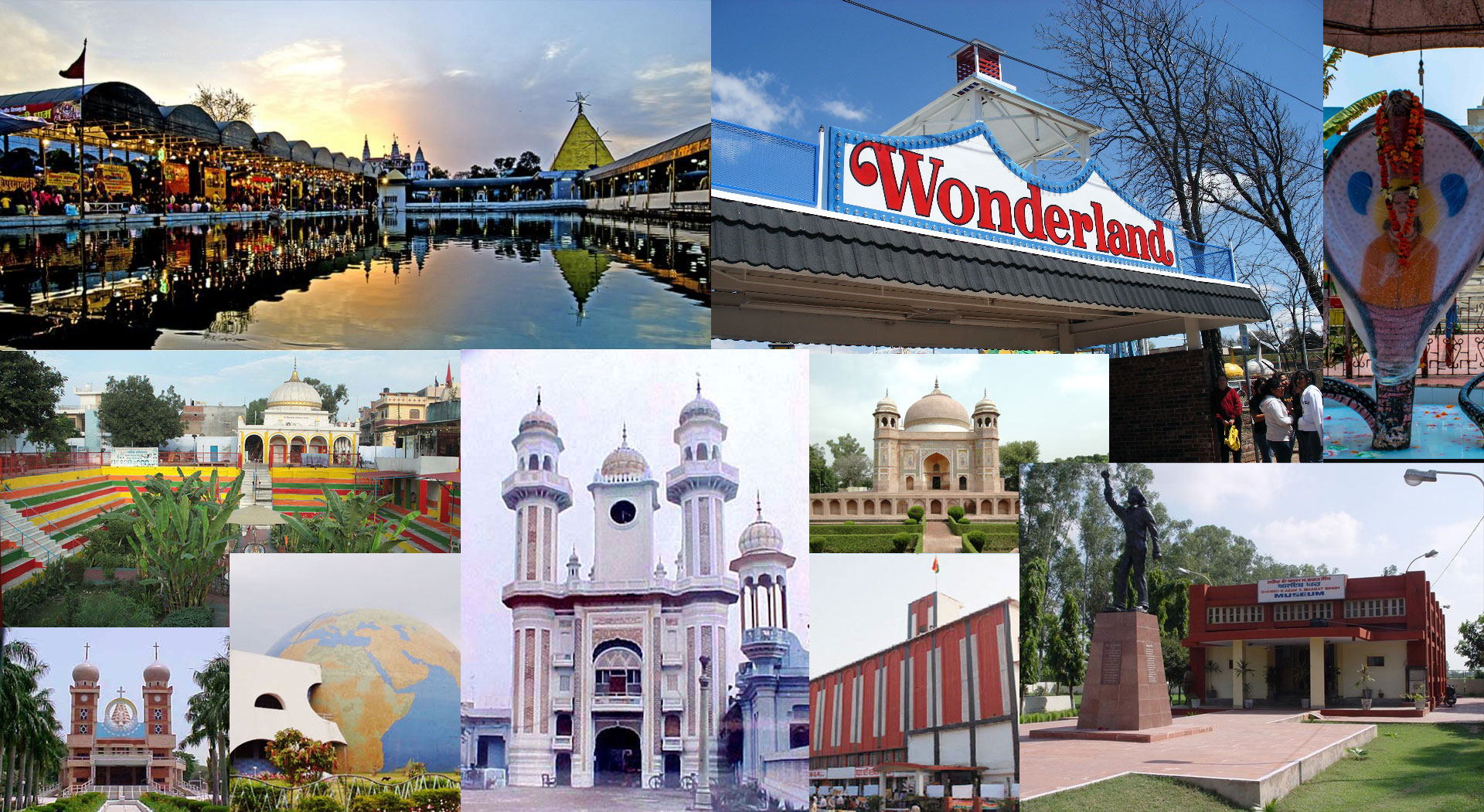 The 800 year old beautifully designed mausoleum of Imam Nasir is located in the heart of Jalandhar. The Jama Masjid nearby is said to be 400 years old.

Devi Talab Mandir is located about one km from the railway station. The old Devi Talab has been renovated and in its centre, a new temple has been built. Recently a model of Amarnath Yatra has been built in the premises. An old temple of goddess Kali also stands by the side of the Devi Talab. The gilded Mandir is famous for the 'Hariballabh Sangeet Sammelan' held every year in December at its precincts for the past 125 years. Famous classical music exponents - both instrumental and vocal come together and perform at this gathering. In Devi Talab, there is a large masonry 200 year old tank sacred to Hindus.

The temple situated at Gur Mandi near Imam Nasir mausoleum dates back to the Lodhi Era. Believed to be built by the Nawab of Sultanpur Lodhi, the mandir is a blend of Muslim Hindu architecture. The main gate is built in the style of a mosque while the rest of the building is in Hindu style.

Thousands of devotees throng this temple during 'Anand Chaturdashi' in September. The child Deity here is believed to grant wishes of devotees.

The sixth Guru of the Sikhs, Guru Hargobind visited Jalandhar during his tour of Doaba area and he was interviewed by a holy Muslim saint, Shaikh Darvesh. Gurdwara Chhevin Padshahi in Basti Shaikh, is situated at the same spot where the talk was held. The great Guru had in depth discussion with Shaikh Darvesh about spiritual matters which created good impact on the holy man. A handwritten copy of Sri Guru Granth Sahib prepared sometime between 1715 and 1728 by the great Sikh scholar and martyr Baba Deep Singh is kept here.

St Mary's Cathedral with its rare cosmo-culture design is a tribute to the Punjabi tradition. This Cathedral at Jalandhar Cantonment, initiated by representatives of His Holiness Pope John Paul II is the only one of its kind in the East. The old church dedicated to St. Patrick was built in 1947 and the foundation stone for the new church was laid in 1986.

Tulsi Mandir, earlier known as Temple of Vrinda, is an ancient monument in the city located in the Kot Kishan Chand locality. It was built in honor of Vrinda, wife of the demon Jalandhara. The tank on the side of the temple is said to have been the bathing place of Jalandhara.

Desh-Bhagat Memorial Hall has been constructed to perpetuate the memory of martyrs who has lost their lives in the fight for freedom from the British rule.

Wonderland Theme Park is an amusement water park with water games and water rides. The Park spreads over 11 acres with many thrilling rides offering healthy entertainment to all age groups. The park is located about 6 kms from Jalandhar Bus terminus and 8 kms from the Railway Station on Nakodar Road. The water rides includes bumper cars, flying jets, horror house, boating, kiddies' boating, play house, flying dragon and a slide splash. The wave pool is another attraction of the water park. There is an aqua dance floor, where boys and girls enjoy dancing on the tunes of the latest Punjabi hit numbers underneath a canopy that has artificial clouds from where the water comes down like a rainfall. 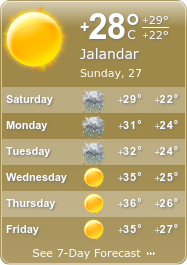